I needed a tool to evaluate internal and network benchmarks of Riemann, to ask questions like

In dealing with “realtime” systems it’s often a lot more important to understand the latency distribution rather than a single throughput figure, and for GC reasons you often want to see a time dependence. Basho Bench does this well, but it’s in Erlang which rules out microbenchmarking of Riemann functions (e.g. at the repl). So I’ve hacked together this little thing I’m calling Schadenfreude (from German; “happiness at the misfortune of others”). Sums up how I feel about benchmarks in general. 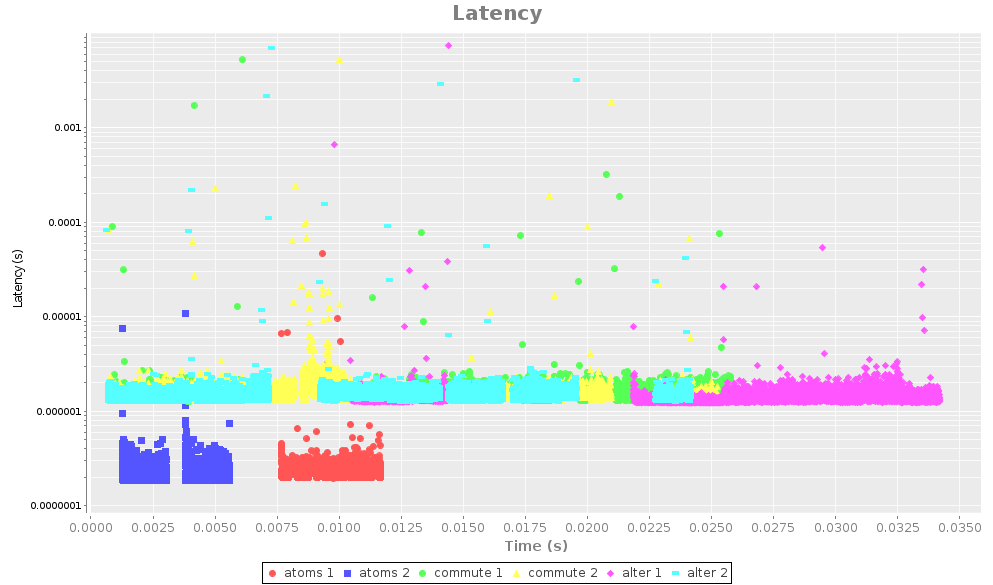 When I have something usable outside a REPL I’ll publish it to clojars and github. Right now I think the time alignment looks pretty dodgy so I’d like to normalize it correctly, and figure out what exactly “throughput” means. Oh, and the actual timing code is completely naive: no OS cache drop, no forced GC/finalizers, etc. I’m gonna look into tapping Criterium’s code for that.